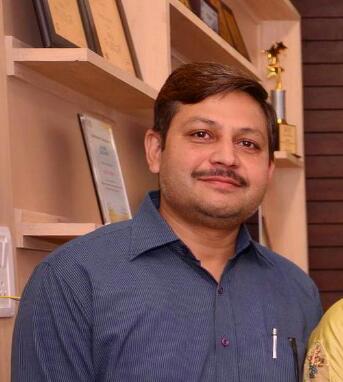 Rajiv Agrawal was born in one of the reputed family of Varanasi, India & has done his graduation from Banaras Hindu University. Since by birth he was very kind hearted person and always ready to help others, he is into export and import business and has travelled more than 28 countries around the globe. He Like to interacted with people around the globe and also with the people in society and around him he used to give suggestions what he thinks about the person in front of him and what should he do like a counselling as a hobby and after sometime the people used to come and tell him that you gave the right suggestion which help him in his rest of his life. Today many of them just come to meet him and to discuss the problems with him and he suggest them with his inner power and it clicks in that person’s life.

He is member of different social organizations like Past President of Rotary Club Varanasi Elite, presently he is secretary in bharat Vikas Parishad Shiva, Member of century sports club, Agrawal Samaj and many other business and Social Organization. He has done lot of work for the lower level of society in the fields of education, water sanitation and health, which is very important in India.

When Rajiv met Marcel Willems Potential Trainer and interacted with him and understood his idea about the motivation and then they both jointly decided to do something good for the society and for the children’s to make their future bright. He is married and having 2 two Cute sons.

We want to offer our services to the society and ask other people to join hands with us for this noble cause.